Since 1997 Microsoft has introduced the recipient limit in Exchange Server. This is the limit of user to send single email including CC and BCC. By default, recipient limit in office 365 has been set to 500. Which users didn’t have any control of this settings. Since January 2020, admins do have Customizable Recipient Limits
Read More 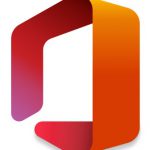 In Early November, Microsoft has launched Office Mobile app addressing its customer for unified Office application. This application consists of Word, Excel and PowerPoint integrated with Office lens too which I have mentioned on my blog posted in November. And that time it was just for those users who want to get this experience and
Read More

Traditionally if any Global admin of Office 365 has enabled MFA, they need to use app password for the authentication on Exchange Online PowerShell. This has been one of the most pain for admins to expose their app password. Since this has been requested to get rid by Multi-factor authentication, Admin are now introduced with
Read More

Office 365 has been one of the most popular platforms the users as well as Admins around the world. With the SAAS model admin are now able to increase creativity to reduce the efforts for any IT related jobs. But with all the advantages, some of the admins are facing issue from the users purchasing
Read More

Creating Private Channel in Microsoft Teams was one of the most request feature that customer was looking after. There might a Team working on the specific project but want to keep some of the conversation and decision confidential sharing only with few of the team member. Now the Private channel option on Microsoft Teams can
Read More

This has been quite long asking by the customers saying if they can have a unified application as of desktop application in mobile devices… Earlier we use to have separate app for Word, Excel, PowerPoint and Outlook. There might be a lot of question saying it is quite simple to combine all these apps in
Read More 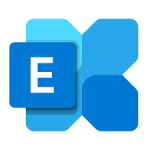 Security has been major concern and email has been one of the most vulnerable application. Anyone inside the organization who has been block with internet can also be penetrated with email. And as of today, technology, creating spam/spoof email or email with malware has been too easy. So, to make your email more secure office
Read More

As MS Teams has been one of the Star app of Office 365. There has been a lot of updates getting released every month. And we are very excited to use every one of them in our Production environment. One of the most awaited functionalities in the MS Teams was for the Org-Wide Teams Availability,
Read More

It has been quite long that I was not able to use Flow. Every time when I access Flow, it always states ‘Authentication failed’ as one of the snaps below. On the starting days I though it was due to the lag on preparation of domain. But even after week, I found that issue persist.
Read More